What is the Coalition?

About Us / What is the Coalition?

Creating a greener, healthier, more equitable, and better Washington for all through community outreach, network building, and advocacy for conservation and outdoor recreation funding.

Every community benefits from the mental, physical, and economic health benefits of outdoor recreation and land conservation.

Every resident is able to play in and enjoy nature—whether that’s out their backdoor or in the backcountry.

The natural beauty and interconnected ecosystems that makes our state so special and unique are preserved for future generations of humans and animals alike.

The Coalition is a nonprofit organization that leverages the voices of a large and diverse group of allied interests working together to obtain public funding for new local and state parks, wildlife habitat, and preservation of working farm and forest lands.

As a nonprofit group, the Coalition is supported by generous individuals, foundations, corporations, and organizations from across Washington and does not receive any of the public funding it advocates for—every penny of the public funds go directly to projects in local communities throughout the state.

The Coalition promotes and advocates for state and federal funding for parks, wildlife habitat, and working lands across Washington State.

In 1989, the Coalition spearheaded the Legislature’s creation of the Washington Wildlife and Recreation Program (WWRP) to address the need to preserve more land for outdoor recreation and wildlife habitat. 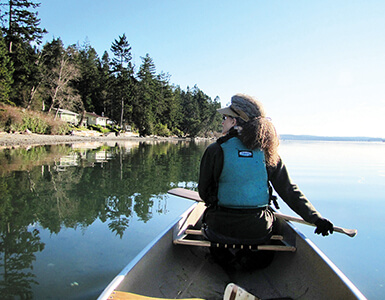 To date, the Coalition has successfully leveraged over $1.8 billion in state, local, and private dollars through the WWRP grant program for over 1,600 parks, trails, wildlife habitat, and working lands projects.

Our breadth and diversity is the key to our success—no one member of the Coalition could secure such high levels of funding for parks and habitat on their own!

What is the WWRP?

The Washington Wildlife and Recreation Program (WWRP) is our state’s premier conservation and recreation grant program. It is a nationally recognized competitive grant program that provides matching funds to local and tribal governments and qualified land trusts for the purpose of creating new local and state parks, protecting wildlife habitat, and preserving working lands.

Funding for the WWRP is appropriated by the Legislature through the state’s capital construction budget, and the grant program is administered by a state agency, the Recreation and Conservation Office (RCO).

What is the difference between the WWRP and the Coalition?
What is LWCF?
The Land and Water Conservation Fund (LWCF) is funded by offshore oil and gas royalties—not taxpayer dollars—to protect natural resources around the country. However, throughout the history of the program, Congress has consistently diverted a majority of LWCF funds to other purposes, leaving it chronically underfunded. This has led to a number of missed opportunities for investing in important areas in Washington state. The Coalition works to ensure our Congressional delegation recognizes the importance of the program and provides robust funding for it.

Want to learn more about what we do?
Check out the Coalition’s 2021-2026 Strategic Plan to learn about ongoing and future campaigns.

Coalition Financial Information
Financial Information
The Washington Wildlife and Recreation Coalition is a not-for-profit, 501(c)(3) organization, and your contributions are tax deductible to the extent of the law. We are focused on leveraging your gift for increased public funds to preserve and enhance our state’s natural heritage. For every $1 donated, the Coalition leverages $100 for the great outdoors in Washington state.
Financial Statements and Documents

History of WWRP and the Coalition

2015: $55 million secured for 70 WWRP projects in the 2015-2016 biennium. Legislature directs RCO to review funding criteria to ensure the program is serving all areas of the state. Updates made to make the program more equitable, including reducing match requirements for smaller, lower-income communities. These updates are implemented over the next several years.

2009: $70 million secured for 95 WWRP projects during one of the worst budget crises in state history.

2007: $100 million for WWRP projects in the 2007-2008 biennium. This represents the single largest two-year investment in parks and green space in our state’s history.

2005: $50 million for WWRP projects in the 2005-2006 biennium, and the Coalition passes the first major amendments to the WWRP, expanding the program to include the protection of working farms and riparian lands.

1995: Many state environmental programs are cut, but WWRP receives biennial appropriation of $45 million.

Passage of the Washington Wildlife and Recreation State Lands Management Act, which created an account to fund basic stewardship, improved or developed resources, human use management, and administration of the state’s natural area preserves and conservation areas.

1990: An initial $53 million appropriation for WWRP projects in the 1990 supplemental budget.

Also, check out this handy history of legislative amendments to the WWRP!